There's an old tech-term known as "Moore's Law" that states technology expands exponentially at the rate of 10 times every five years and 100 times every 10 years. But according to experts in the field, this rule has hit the ceiling. At the 2019 CES (Consumer Electronics Show), the CEO of Nvidia (a computer graphics design company), Jensen Huang was quoted as saying,

"Right now Moore's Law is growing a few percent every year. Every 10 years maybe only 2% ... So Moore's Law has finished."

Still, many of today's SMB's are scrambling to keep up with all the best in business tech trends that still keep flooding the market exponentially every year. They might not be growing in terms of the type of technology itself, but there's still a great deal going on in the technology sector. Here are the six hottest trends small-to-medium sized businesses need to be watching:

1. The Use of Video Surveillance

Back in the day, it seemed the only businesses using video surveillance were confined mostly to the financial sector, but with more advanced and less-expensive products on the market today, we're seeing them being used almost everywhere. According to recent statistics, nearly 95% of all businesses suffer from theft inside the workplace and approximately 75% of employees have stolen from their employer at least once. Often simply the appearance of video surveillance systems is enough to thwart these thieves and in the event of an actual loss, there will be recorded evidence of the event.

The introduction of 5G (or the fifth generation of wireless technology) was rolled out by Verizon in April of 2019 and consumers are quickly climbing onboard this newer technological trend. This top-of-the-line tech is not only reserved for smartphones, but it will also enhance the way SMB's operate with faster network connectivity to more devices.

4. The Expansion of the Cloud

Tech giants like Amazon, Google, and Microsoft are all battling to win dominance in the growing cloud platform in an industry that's expected to reach over $400 billion dollars in 2020. Taken at face value this might not seem important to today's SMB's but for those businesses who take advantage of these lofty services will grow almost 20% faster compared to their counterparts. Businesses looking for better growth and productivity in the future should be watching out for growing cloud opportunities.

5. The Rise of the Robots

Just as more science fiction is becoming today's reality, authors, filmmakers and other members of the media have been telling us for decades that robots will be taking over the world and they're not that far from the truth. Recent statistics share some surprising numbers when it comes to businesses implementing bots and AI (artificial intelligence) options when you consider:

Even though bots may hold nearly 40% of jobs in the United States by 2030, 34% of the industrial robots purchased by 2025 will be designed to work safely alongside their human co-workers inside factories and plants.

6. The Need for Cyber Security

With nearly every transaction using some form of technology to accomplish today's tasks, businesses need to arm themselves against hackers who seem to be everywhere nowadays. But where do you start when putting in place better offensive and defensive methods to ensure you have the best in cybersecurity?

By offering tech workshops, we show SMB's how to implement the very best methods to protect your business from these threats. The Buckeye Brainiac Pro is an elite technological team that will help set up your business network, optimize computer usage, prevent viruses and malware from corrupting your software. Coming soon - fully online webinars accessible from the safety of your own home. In the meantime, get a Brainiac Pro quote here. What have you got to lose? Plenty!

All You Need to Know to Get Started with an Amazon Fire Stick
Check Out a Free Preview of the Hallmark Movie & Mystery Channel and Christmas in July
Metroparks of Toledo - Finding Serenity at Home
A Guide to Superb In-Office Guest Wi-Fi
Tired of Today's Reality? Relax to the MAX with these DC titles on HBO Max 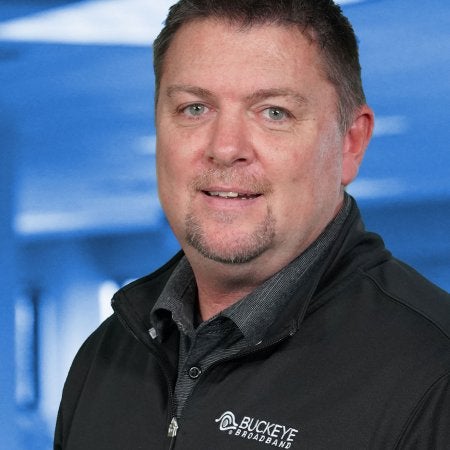 Aaron Johnson is the Sales Manager for the Business Class department at Buckeye Broadband. He manages a sales team of Account Executives as well as managing most of the day to day operational activities for Buckeye’s Business Class department. Aaron has been with Buckeye for over 22 years, in that time he has done everything from being an installer, a technician, a support supervisor, and a Sales Engineer before taking on his current role as a Sales Manager. Through most of that time, one thing has been consistent, his work with Buckeye’s business customers and his passion for delivering a high level of customer service and support, helping to bring the best and latest technology to the Business Class customers. When not working, Aaron enjoys spending time with friends and family, doing anything in, on or near the water, and cheering on his other favorite Buckeyes on Saturdays in the fall.